Skip to content
Tourism in Segala, deep in the countryside, between the Aveyron gorges and the Viaur valley

Things to see nearby

The Ségala boasts no less than three of “The Most Beatiful Villages in France” as well as the royal bastide of Vullefranche de Rouergue. All there for you to visit.

Nestling in a beautiful location in the Aveyron Valley, this former halt on the route to Santaigo de Compostella was forgotten by the outside world until the late 20th century. In 1974 the famous architect, Fernand Pouillon discovered this medieval jewel with its lauzes (stone) roofs  and paved alleyways  and set about restoring not just the castle, which had lain uninhabited and neglected since the 17th century, but the whole village. Today the castle, which belongs to two gallery owners from New York, is open to the public and often hosts contemporary art exhibitions. 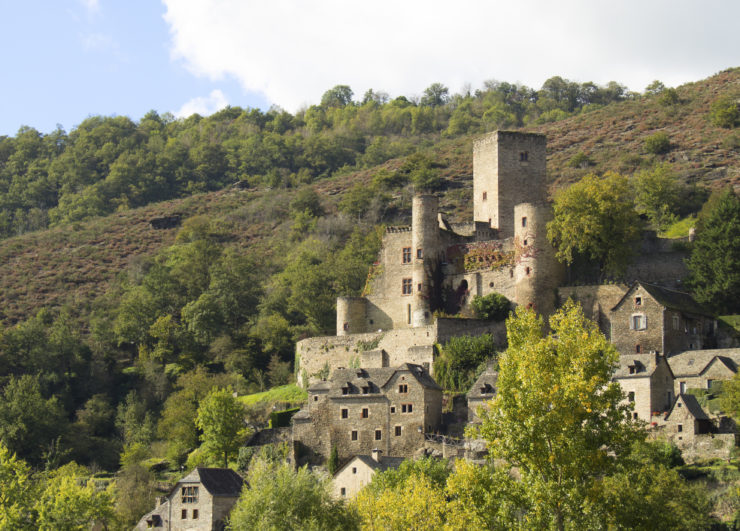 This 13th century royal bastide has preserved the built heritage from its golden age; the central square surrounded by arcades, half-timbered houses and the church of Saint Christopher. The former convent and presbytery have been converted into a hub for artists and artisans whose workshops are testament to their skills (cutlery, leather, woodturning, stone masonry, glasswork, engraving etc…) 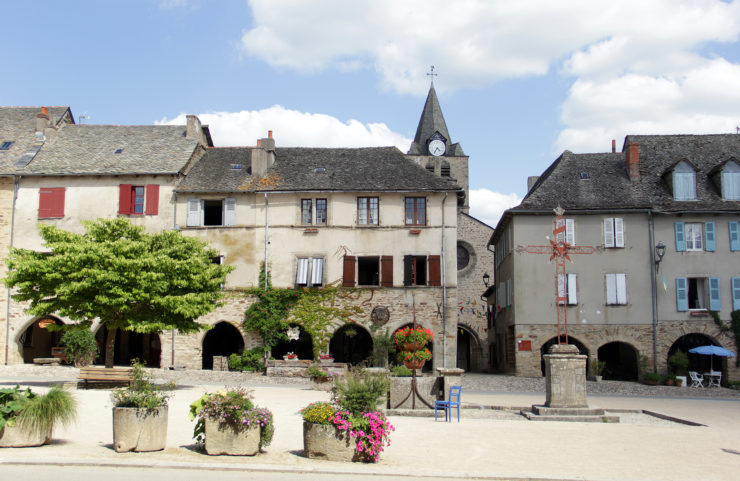 Perched on a rocky outcrop and guarded by a fortified castle, Najac is a shining example of medieval military architecture. Along with Villefranche it is recognised as one of the great sites of Midi-Pyrenées. The ancient village was redesigned by Alphonse de Poitiers, the brother of the then King Louis, along the lines of a bastide to defend the ancient province of Rouergue.  Many architectural and historical jewels remain, such as the 12th century church of Saint John the Baptist, the Consuls’ Fountain (1344), the Place du Barry with its 15th century arcades and, of course, the 13th century castle, listed as a historic monument. Go down to the river Aveyron, below the fortess and take a kayak to appreciate the splendour of the castle and its site.

A bit further afield – but not to miss

At 2,460 metres long and 343 metres high, the viduct carries the A75 motorway across the Tarn Valley. It has set several records –it’s the highest road bridge in the world (from the valley floor to the top of its second pylon measures 343 metres) and the road itself is supported by the two highest piers in the world at 221 and 245 metres respectively. To get a fabulous view of this beautiful bridge go to the service station at exit 45 on the A75, signposted “Aire du Viaduc”, or follow the same signs from the D911. 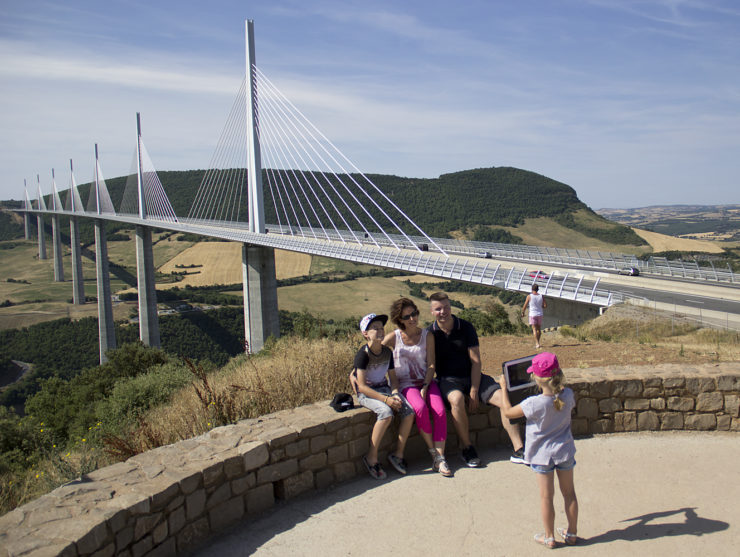 This stunning modern building is home to almost 500 works of art, gifted by the world renowned Pierre Soulages, the most famous living French artist and a native of Rodez. In addition to the almost 6,000 m² dedicated to his work, a 500m² exhibition hall showcases the works of other contemporary artists.

The permanent exhibition shows off all the techniques employed by Soulages in his work, whether on paper, canvas, glass, bronze or copper, not just paintings, but also lithographs, silk screen prints and etchings, as well as the preparatory work for the windows of the Abbey at Conques. 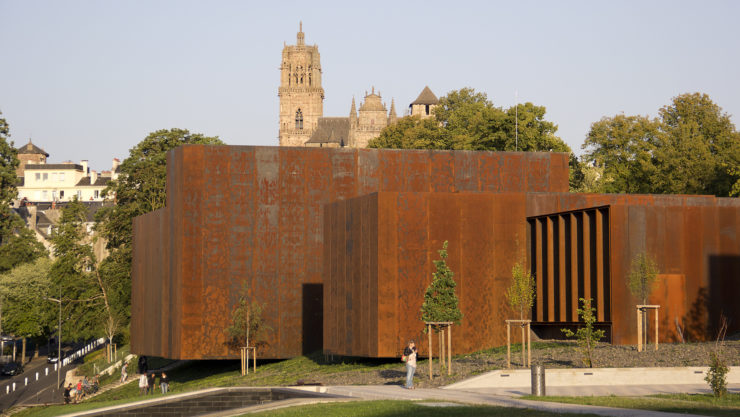 This medieval village, one of “the most beautiful” in France is a former stop on the road to Santiago de Compostella. Surrounded by half-timbered house, you will find a masterpiece of Roman architecture, the Abbey-Church of Conques and the tympan of the last judgement (11th– 12th century), now classed as a UNESCO world heritage site. Don’t miss the Soulages windows in the Abbey nor the famous golden treasure from medieval times. 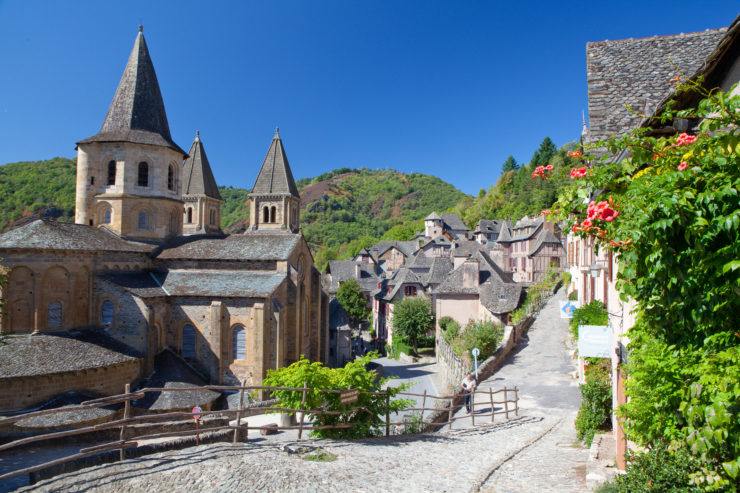 Founded in 1222 by Raymond VII, Count of Toulouse as a bastion against the troops coming down from the north to sudbdue the “Cathar Heresey”, Cordes was the original and most important “bastide” founded to protect the local population from the ravages of war. The built heritage demonstrates the evolution of gothic architecture between the 13th and 15th centuries, with facades decorated with medieval images of faces, dragaons and monsters, fortified gates and ramparts. The Bastide is classed as one of the “most beautiful villages in France” and a major site in Midi-Pyrenées.

Capital of the Tarn, Albi is nicknamed the “red town” from the colour of the brick fortified cathedral of Sainte Cécile and of the historic town centre. It has been a UNESCO world heritage site since 2010. As well as the catheral (the largest brick built cathedral in the world) you can visit the Toulouse-Lautrec museum and the Bishops’ Palace. You’ll be seduced by the walks along the banks of the River Tarn and around the streets of the old town.